Pagina 7
The sturgeon fisheries on the lower branches of the Volga , and the inlets of the
Caspian sea , alone yield , on & moderate computation , 1,760,405 rubles yearly .
• It may hence be concluded , in what incalculable numbers these large fish , so ...
Pagina 16
The maps which have been delayed till the publication of the second vom lume ,
will exhibit , 1. the country of the lower Volga , with part of the Caspian sea , and
the extensive steppes situated between the latter and the sea of Azof ; 2. the ...
Pagina 409
... Holland , and France were ruined ; thousands of vessels started up in the
Caspian Sea and Persian Gulf , at the ' voice of the Semiramis of the North .
Numberless caravans cleared in five days the space which separates those two
seas . 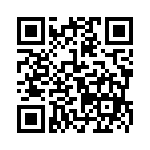