David Mazel is an assistant professor of English at Adams State College in Alamosa, Colorado. His books include American Literary Environmentalism, A Century of Early Ecocriticism (both Georgia), and Mountaineering Women. 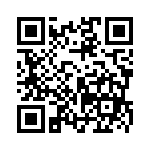