This book doesn't tell you what to eat or what not to eat. It simply says eat what you purchase. The amount of waste that is produced from production to consumer is immense. Ironically, due to the ... Volledige review lezen

An enlightening way to think about food waste and the cost, not only to you but to the environment and mankind. It is a crime how much people waste and that they don't see the flow on effect of their wastefulness. (My poor family wont want me to return home with my newfangled ideas :-) Volledige review lezen

Tristram Stuart has been a freelance writer for Indian newspapers, a project manager in Kosovo and a prominent critic of the food industry. He has made regular contributions to television documentaries, radio and newspapers on the social and environmental aspects of food. His first book, The Bloodless Revolution—‘magnificently detailed and wide-ranging’ (New Yorker)—was published in 2007, and Waste in 2009. A graduate of Cambridge University, he lives in England, where he rears pigs, chickens and bees. 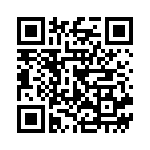