Pagina 69 - I hesitate not to pronounce the Geeta a performance of great originality ; of a sublimity of conception, reasoning, and diction, almost unequalled ; and a single exception, among all the known religions of mankind, of a theology accurately corresponding with that of the Christian dispensation, and most powerfully illustrating its fundamental doctrines.
Komt voor in 72 boeken vanaf 1786-2006

Peter Slater, Wycliffe College, University of Toronto, is the author of The Dynamics of Religion and editor of Religion and Culture in Canada/Religion et Culture au Canada (WLU Press, 1977).

Donald Wiebe, Trinity College, University of Toronto, is the author of Religion and Truth: Towards an Alternative Paradigm for the Study of Religion. 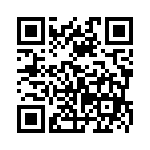