This book sets a bar for the analysis and classification of welfare systems. Gosta relies on de-commodification scores across different dimensions to signal three clusters that correspond with the 3 ... Volledige review lezen 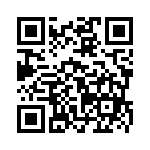