Dr Gary Fuller is an air pollution scientist at King's College London. He led the development of the London Air Quality Network, making information on air pollution more accessible to the public. He frequently appears on television, writes the Pollutionwatch series for the Guardian, and was one of Evening Standard's 'Progress 1000' selections, highlighting London's most influential people. He has given evidence to parliament and is a government advisory group member. 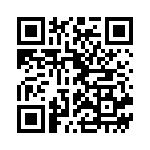