A wonderful novel detailing one woman's search for the truth behind her sister's suicide. In the process she grows up and faces some uncomfortable truths about her family's past. On her journey ... Volledige review lezen

The title refers partly to a Diggers' sponsored happening in late 1960s San Francisco, which was a strong influence on the book's characters Wolf and Faith. Faith is the dead older sister of the main ... Volledige review lezen

Pagina 13 - She lost herself in these contemplations, her own life falling away like a husk as she sank into the rich, bottomless well of her sister's absence.
Komt voor in 2 boeken vanaf 2000-2007

Jennifer Egan is the author of four novels: A Visit from the Goon Squad, The Keep, Look at Me, The Invisible Circus; and the story collection Emerald City. Her stories have been published in The New Yorker, Harper’s Magazine, GQ, Zoetrope, All-Story, and Ploughshares, and her nonfiction appears frequently in The New York Times Magazine. She lives with her husband and sons in Brooklyn. 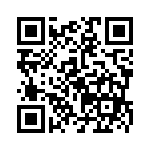