Paul Ehrlich, founder and first president of the Zero Population Growth organization, was born in Philadelphia, Pennsylvania. He received a B.A. in zoology from the University of Pennsylvania in 1953 and an M.A. and Ph.D. from the University of Kansas in 1955 and 1957, respectively. He became a member of the faculty at Stanford University in 1959 and was named Bing Professor of Population Studies in 1976. He is a recipient of a MacArthur Foundation fellowship, and in 1990 he was awarded Sweden's Crafoord Prize, created by the Royal Swedish Academy of Sciences to honor researchers in those disciplines not covered by the Nobel Prize. An expert in population biology, ecology, evolution, and behavior, Ehrlich has published more than 600 articles and scientific papers. He is perhaps best known for his environmental classic The Population Bomb (1968). Paul Ehrlich and his wife Anne began working together shortly after their marriage in 1954. Anne Ehrlich received her B.S. in biology from the University of Kansas. As senior research associate in biology and associate director of the Center for Conservation Biology at Stanford University, she has lectured widely and written on various environmental issues, including the environmental consequences of nuclear war. Together, the Ehrlichs have written six books and dozens of magazine articles. 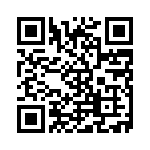