Andrew Moravcsik is Professor of Politics and Director of the European Union Program at Princeton University. He is the author most recently of Europe without Illusions. 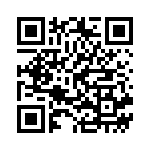