Terry Pratchett's Discworld series is a publishing phenomenon. He was knighted in the 2009 New Year Honours; previously he was appointed Officer of the Order of the British Empire (OBE) for services to literature in 1998. He has been awarded six honorary doctorates, and has won the CARNEGIE MEDAL and the MICHAEL PRINZ AWARD . He lives near Salisbury in Wiltshire. Paul Kidby has been Terry Pratchett's Discworld artist of choice since he first sent in a few drawings twenty years ago. They have collaborated on the bestselling Discworld novella THE LAST HERO and THE ART OF DISCWORLD. 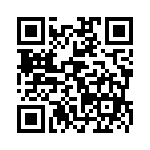