Adam Thierer is a senior research fellow with the Technology Policy Program at the Mercatus Center at George Mason University. He specializes in technology, media, Internet, and free-speech policies, with a particular focus on online safety and digital privacy. His writings have appeared in the Wall Street Journal, the Economist, the Washington Post, the Atlantic, and Forbes, and he has appeared on national television and radio. He also contributes to the Technology Liberation Front, a leading tech policy blog.

Thierer has authored or edited eight books on topics ranging from media regulation and child safety issues to the role of federalism in high-technology markets. He has served on several distinguished online safety task forces, including Harvard University’s Internet Safety Technical Task Force and the federal government’s Online Safety Technology Working Group, and he has testified numerous times on Capitol Hill.

Previously, Thierer was president of the Progress and Freedom Foundation, director of telecommunications studies at the Cato Institute, and a senior fellow at the Heritage Foundation. He received his MA in international business management and trade theory from the University of Maryland and his BA in journalism and political philosophy from Indiana University. 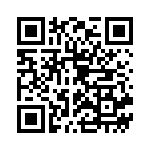