If you want to keep your book group talking all night, this is the book to pick! The reason: Garcia Marquez’s classic is working on so many levels, you can exhaust one topic only to realize that you ... Volledige review lezen

I really did not like this any more the second time around than I did the first. I guess I'm just not a fan of magical realism. My teen book club chose to read it and I warned them that it is a ... Volledige review lezen

García Márquez was born in Aracataca, Colombia, in 1928. He attended the University of Bogotá and went on to become a reporter for the Colombian newspaper El Espectador. He later served as a foreign correspondent in Rome, Paris, Barcelona, Caracas, and New York. Winner of the Nobel Prize for Literature in 1982, he is the author of several novels and collections, including No One Writes to the Colonel and Other Stories, The Autumn of the Patriarch, Innocent Erendira and Other Stories, Chronicle of a Death Foretold, The General in His Labyrinth, Strange Pilgrims, and Love and Other Demons. 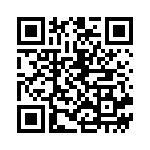