It is quite obvious that there is something fundamentally wrong with our economic system, a system in which the CEO of a corporation is paid several hundred times the wage of its average worker. A ... Volledige review lezen

Review: Makers and Takers: The Rise of Finance and the Fall of American Business

What "Dark Money" was to political realities in 2016 - "Makers and Takers" is to the economic reality of the USA in 2016. Foroohar traces the 2008 crises, causes, loopholes remaining, tax advantages ... Volledige review lezen

Prior to joining the FT and CNN, Foroohar was for six years the assistant managing editor in charge of business and economics at TIME, as well as the magazine's economic columnist. She also spent 13 years at Newsweek, as an economic and foreign affairs editor and a foreign correspondent covering Europe and the Middle East. During that time, she was awarded the German Marshall Fund's Peter Weitz Prize for transatlantic reporting. She has also received awards and fellowships from institutions such as the Johns Hopkins School of International Affairs and the East West Center. She is a life member of the Council on Foreign Relations.

Foroohar graduated in 1992 from Barnard College, Columbia University. She lives in Brooklyn with her husband, the writer John Sedgwick, and her two children, Darya and Alex. 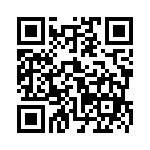