Robert Mayer was a journalist and author of the 1977 superhero novel Superfolks. He attended the City College of New York and the Columbia University Graduate School of Journalism. While in journalism school he received a Pulitzer Traveling Fellowship, and after graduation he joined the Washington Post before going to work for Newsday, where he spent the next 10 years of his career. After six years at Newssday, Mayer became its New York City columnist, and in 1968 he won the National Headliner Award, given to the best feature columnist in the country. In both 1969 and 1971, he won the Mike Berger Award, given for the year's best writing about New York City, and was the first person to ever win it twice. In the 1970s Mayer moved to Santa Fe, N.Mex., to concentrate on writing books. He wrote 13 novels and three works of nonfiction. Superfolks, his best-known work, is a novel meant for adults that satirizes and deconstructs the superhero genre. Robert Mayer passed away on July 23, 2019 at the age of 80, from complications from Parkinson's Disease. 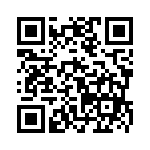