Best book I ever read.... and you can only say that for one book. Proves the existence of God deductively, for starters. Volledige review lezen

Buckminster Fuller (1895 - 1983) was an architect, engineer, geometrician, cartographer, philosopher, futurist, inventor of the famous geodesic dome, and one of the most brilliant thinkers of his time. Fuller was renowned for his comprehensive perspective on the world's problems. For more than five decades, he developed pioneering solutions reflecting his commitment to the potential of innovative design to create technology that does "more with less" and thereby improve human lives. The author of nearly 30 books, he spent much of his life traveling the world lecturing and discussing his ideas with thousands of audiences. In 1983, shortly before his death, he received the U.S. Presidential Medal of Freedom, the nation's highest civilian honor, with a citation acknowledging that his "contributions as a geometrician, educator, and architect-designer are benchmarks of accomplishment in their fields." After Fuller's death, a team of chemists won the Nobel Prize for discovering a new carbon molecule with a structure similar to that of a geodesic dome, they named the molecule "buckminsterfullerene"—now commonly referred to in the scientific community as the buckyball. 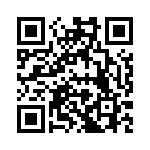