Pagina 216 - Food Products Consumption and Dishes in the Light of Polish historical sources from the lOth to the 18th Century», Ethnologische Nahrungsforschung.
Komt voor in 5 boeken vanaf 1925-1999

Maria Dembinska conducted her research on food consumption in medieval Poland at Warsaw University and at the Institute of Material Culture of the Polish Academy of Sciences. A noted food historian, she authored nearly two hundred articles and papers on medieval foods and foodways. William Woys Weaver is an internationally known food historian and author of numerous books, including America Eats, The Christmas Cook, Pennsylvania Dutch Country Cooking, and Heirloom Vegetable Gardening. He began his collaboration with Maria Dembinska on the publication of Food and Drink in Medieval Poland in 1977. 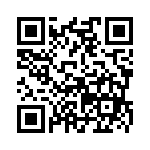