Views of the director of the AI Lab at MIT. Volledige review lezen

Rodney A. Brooks is Fujitsu Professor of Computer Science and Engineering at MIT and director of the Artificial Intelligence Laboratory. He is also chairman and chief technological officer of iRobot Corporation. He is a founding fellow of the American Association for Artificial Intelligence (AAA) and a fellow of the American Association for the Advancement of Science (AAAS). The author of several books and a contributor to many journals, he was one of the subjects of Errol Morris's 1997 documentary, Fast, Cheap, and Out of Control. Brooks was born in Australia and now lives in suburban Boston. 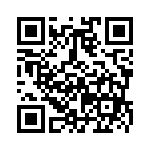