The results included in the monograph were gained by  Vertebrate Predation Research Group in Institute of Zoology, National Academy of Sciences of Belarus in 1985-2007 and in 2008-2010 in Scientific-Practical Centre for Biological Resources, National Academy of Sciences of Belarus. During this long period all the time students from Belarusian State University, Faculty of Biology Sciences, Zoology Department assisted in the study.
Prof. Dr. Michael Pikulik, Dr. Vladimir Ivanovsky, Dr. Irina Solovej, Dr. Grygory Januta,  Irina Rotenko, Anna Sidorovich, Larisa Tihomirova, Gennady Lauzhel and Dmitry Krasko contributed a lot in the results. Prof. Dr. Vadim Sidorovich designed nearly all studies involved in the monograph, took part and controlled all these studies as well as wrote up the monograph and did the final version of its computer maquette. Valery Lobko helped with earlier version of the monograph maquette. Irina Rotenko and Ludmila Rotenko also helped in English correction of a part of the text. The majority of photos were taken by Vadim Sidorovich. The photos that have another authorship were specially marked by author’s name. The drawings on the inside front and back covers were done by Alexandr Mitianin. 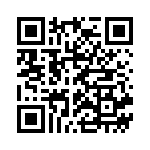